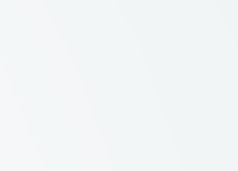 Team spirit and solidarity, but also adrenalin and speed are at the core of every work day at the HARTMANN plant fire brigade. All the firefighters agree on this. We met three of them.

In 1935, HARTMANN followed the example of many companies and founded their own plant fire brigade. Since then, its scope of work has steadily grown. Technical assistance, environmental protection or animal rescue have been added to the essential firefighting operations. A wide range of services are being managed by the men and women of the HARTMANN plant fire brigade, 24 hours a day, 365 days a year. So who are these people who are committed to safety at HARTMANN every day? For the second part of our anniversary story we met with three of them.

What does a typical day look like for you as a full-time firefighter?
There's no such thing as a typical day at a plant fire brigade. One may think there's nothing to do if there isn't a fire. However, keeping the approximately 30 firefighters and 5 vehicles ready for use at all times requires quite some time and effort. Vehicles and equipment have to be inspected, maintained and repaired and our members have to be trained and kept up to date. At least as much time and effort is spent on proactive fire prevention. These include e.g. inspections, building evacuation exercises, testing of fire alarm and extinguishing systems or the approval and supervision of potentially flammable activities. Add to that the actual firefighting operations, around 180 just last year. That means that each day is busy with a range of activities to manage.

Is there any operation you remember in particular?
In the summer of 2013, there was a major fire at today's Medical Innovation Center in Heidenheim. In addition to our plant fire brigade, the municipal fire department as well as the fire brigades of companies in the vicinity responded, with a total task force of 60 firefighters and 14 vehicles. For me it was the first major fire as squad leader at the plant fire brigade, so in a way this particular call out really was my "fire test".

What surprised you the most in your work as a firefighter?
How valuable the differences in our daily responsibilities are. We are a colourful, motley bunch of people who could not be more diverse in terms of personality, age, gender, background or profession and abilities. I do not know of any other sphere of life in which a group of people who are so diverse come together to pursue a common goal.

How do you feel when the alarm goes off?
The feeling varies, depending on the day. Most of the time it's quite exciting, since you never know what to expect. Usually, we only find out about the nature of the emergency on the way to the scene or when we get there. Until then you're running on adrenaline.

Only 4 women work at the HARTMANN plant fire brigade, compared to 27 men. Do the duties vary during the operations?
On paper we may be in the minority, but as women in the team we're absolutely equal. Of course, there are situations in which a strong man is needed and as women we're physically somewhat at a disadvantage. However, in general we always work as equals – also in terms of camaraderie.

What motivated you to become a member of the plant fire brigade?
I'm a volunteer at the local fire department also in my personal life. Over the years, I've acquired a lot of specialist knowledge there, which is what I wanted to contribute at HARTMANN. The local volunteer fire department and the HARTMANN plant fire brigade are all about team spirit, cooperation and commitment. Everyone can contribute by virtue of their person and their personality, which is very fulfilling and provides a good balance to my job. But don't worry, it's not necessary to have a range of specialised knowledge to get started with us. We complete various preparatory courses, seminars and advanced training courses, so that everyone is up to date – complete newcomers or those seeking a new challenge are therefore always very welcome.

How do you combine volunteering at the plant fire brigade with your job?
My job at HARTMANN always takes precedence over my volunteer work. As a team coordinator and machine operator in production, I work four-shift cycles. Accordingly, at times, I tend to have quite a lot of free time throughout the day, which I can use for volunteering. However, if I'm called out on an incident response during work hours, then that has top priority – not least because initially I don't know the severity of the emergency call. Then you've got to be quick. I'm usually ready within 5 minutes.

What was your most unusual call out?
Several years ago, I was awakened by my beeper in the middle of the night. That in itself was exciting. In a nearby factory, a section of the coal grinding mill was burning. Wearing our breathing mask and firefighting equipment we had to make our way to the 4th floor, which was extremely exhausting. It was all very dirty, there was a lot of smoke and we had to work fast, because new fires kept kindling. The employees of the company concerned also helped out. Teamwork is crucial in such situations.

So teamwork is a central part of your work at the plant fire brigade?
Exactly. If I've learned one thing it's how important team spirit and camaraderie are. It's all hands-on deck and we support each other. You have no idea how much it means to share your drinking water bottle after an exhausting operation. That's the best thing about this work – no matter which work area you're from, whether it's production or administration, we're all the same when we're on a call out. Co-workers become true friends. That really does weld us together as a team.